Everyone/Pegi 3
Overcooked! 2 is a co-op cooking simulation game developed by Ghost Town Games and published by Team 17. It is the sequel to Overcooked! and was released on the Nintendo Switch and on Steam on August 7, 2018.

The Onion Kingdom is in peril again but this time, the Onion King himself is to blame. After reading aloud from the fabled Necro-nomnom-icon, he has cooked up a whole new problem in the form of an Undead Bread army called The Unbread. Players will need to chop, fry, and bake their way through all-new crazy kitchens to defeat this new foe and save the kingdom once more.

Overcooked! 2 is a game for 1-4 players. Play solo or team up with friends either local on the couch or online and cook up a ton of brand new recipes. Overcome obstacles such as fire, collapsing floors, overbearing waiters, and floating work surfaces.

Main article: Levels
There are 6 worlds, each with six levels for a total of 36 in the main campaign. There are an additional 8 Kevin Levels that can be unlocked by clearing levels under certain conditions, bringing the grand total to 45 (plus the tutorial level).

On August 24, 2018, the New Game + update went live on Steam and was released on consoles on October 3, 2018. It added a new 4-star difficulty option and made some changes to Story Mode and the World Map.

On December 17th, 2019, the Winter Wonderland update went live on all platforms. It added 5 seasonal levels from the 2019 DLC (one from Campfire Cook Off, two from Night of the Hangry Horde and two from Carnival of Chaos), 2 new chefs, Horde Mode, and 5 seasonal recipes.

On January 23rd, 2020, the Spring Festival update went live on all platforms except Xbox. It added 5 new levels, along with two new chefs (the rat and turtle). 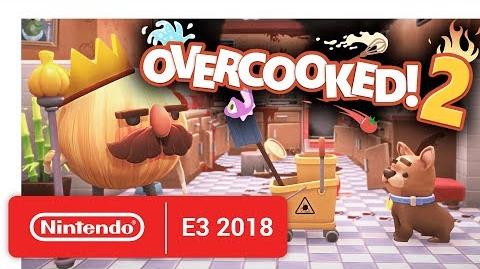 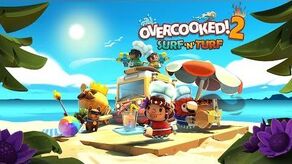 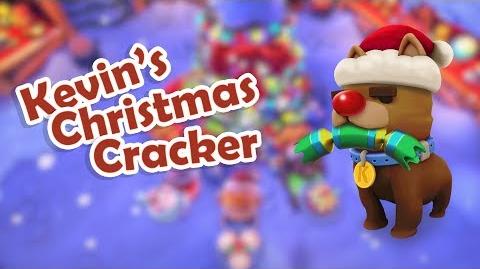 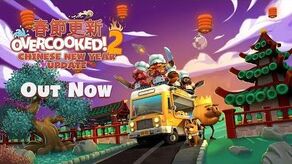 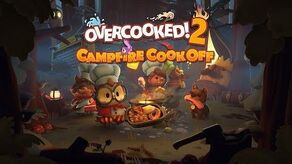 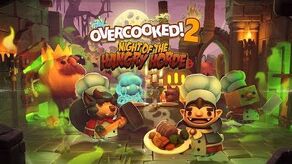 Overcooked! 2 - Night Of The Hangry Horde Launch Trailer
Add a photo to this gallery

Retrieved from "https://overcooked.fandom.com/wiki/Overcooked!_2?oldid=1496"
Community content is available under CC-BY-SA unless otherwise noted.